Sebastiaan de Grebber (1980) is a Dutch mandolinist. At the age of eight he started to play the mandolin. He was taught by Alex Timmerman at the Centre for Arts education
‘The Muzerie’ in his hometown Zwolle (The Netherlands).
In 1996 he attended the Conservatory at the Constantijn Huygens ‘College of the Arts’ to study music education and the mandolin professionally with Alex Timmerman. During these next years de Grebber devoted all of his time to music. Willing to learn more about the mandolin and different approaches to the instrument he participated in several international mandolin courses.

After graduating in music education in 2001 and receiving his Bachelor Degree for mandolin in 2002 he focused on a future career as a professional mandolinist.
Even though already active in the field, giving concerts in The Netherlands as well as in other European countries (Sweden, Denmark, England, Germany, Belgium, Italy, Spain and France), de Grebber was still eager to advance. Therefore he applied to the Master Degree study in 2003 and continued his mandolin studies at the highest level with Alex Timmerman at the Messiaen Academie in Zwolle and with the well-known Italian mandolinist Ugo Orlandi at the Conservatorio ‘C. Pollini’ in Padova, Italy.
On 27 May 2005 de Grebber gave his final recital at the Messiaen Academie. The jury board, which also included Maestro Ugo Orlandi, was unanimous and granted him the highest possible predicate: Master of Music with Distinction (cum laude).

Besides being a true ambassador of the virtuosic and original Italian mandolin repertoire of the 20th Century, de Grebber’s interest also lies in modern music.
By portraying the versatility of the mandolin he wishes to inspire contemporary composers to write for the instrument in different formations. This already led to several new works such as the dedications Rhapsody for mandolin and piano (2004) by Kioulaphides, The Gray Wolf (2006) for solo mandolin and Dioses Aztecas for mandolin and piano (2006) by John Craton and more to come. In August 2006 de Grebber was awarded first prize at the Amsterdam Uitmarkt Chamber Music Concours.

Momentarily Sebastiaan de Grebber is music education and mandolin teacher at the ArtEZ Conservatory in Zwolle, is the concertmaster of ‘Het Consort’ ( f ), is the director of the ‘Kamper Mandoline en Gitaar Orkest’ ( f ) and gives mandolin solo, duo and Quintet recitals and concerts with Eva van den Dool (piano) and much more. 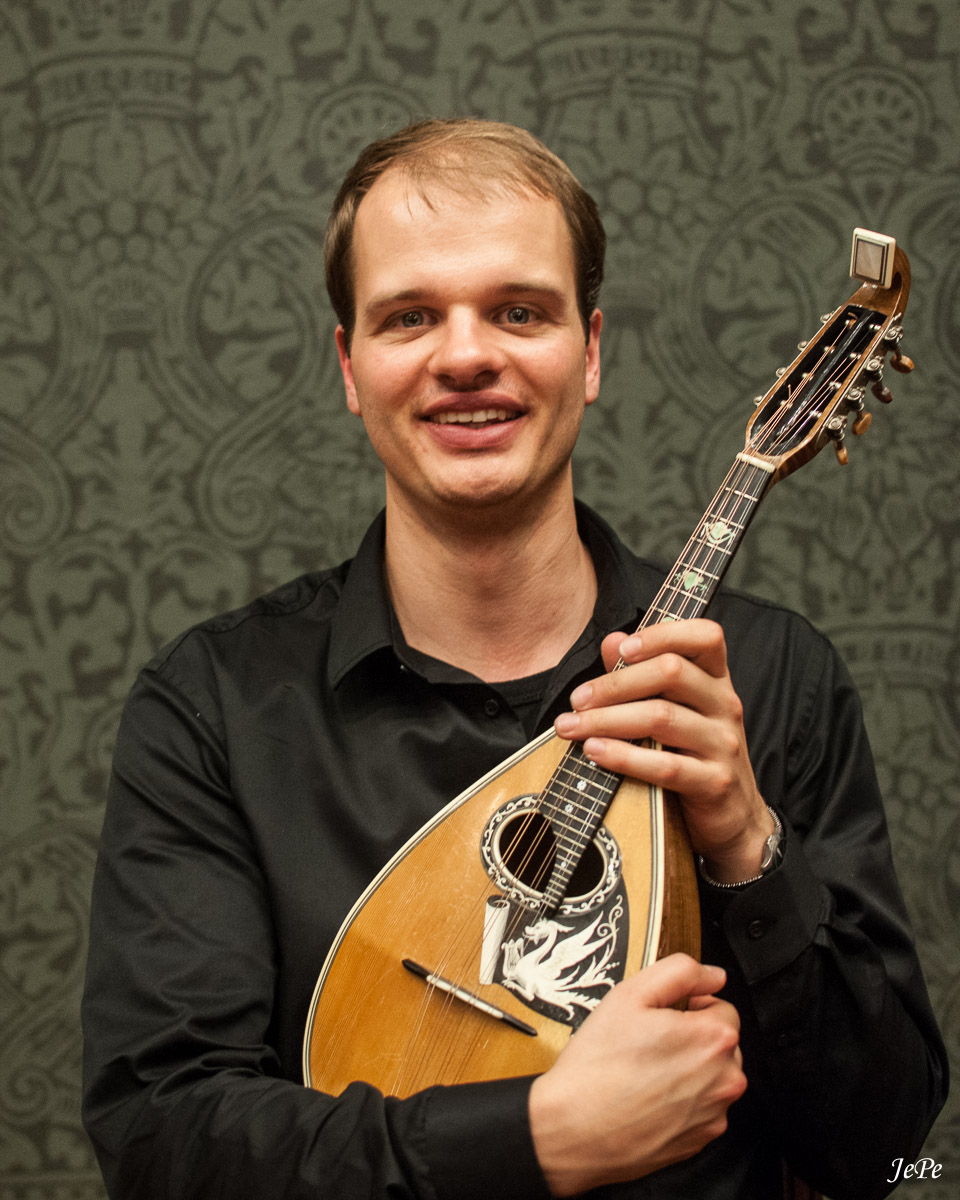